I receive a lot of requests from companies and individuals for DevOps job openings, and what I usually see in the job descriptions sometimes really upset me. It seems that many people just don’t get what DevOps is, and use this term as a buzz word to attract attention or to look cool. So, let me try to clear the air of what DevOps is and isn’t.

DevOps is not a person

Many people and organizations perceive the term ‘DevOps’ as an engineering position to be fulfilled by a candidate with a specific skill set. This point of view can be seriously misleading for those who don’t know the origin and don’t understand the concepts behind that term.

If you are familiar with ITIL, you might probably find the term ‘ITIL engineer’ a little bit frustrating. The reason behind this is that ITIL is a set of practices that proved to be useful in solving some common challenges in IT service design, operation, transition, etc. These practices define multiple roles for different processes and no single person can perform all of them at once efficiently.

The same is true for DevOps, which is also a set of guides and principles, a methodology for solving common challenges in organizations employing developers (Devs), IT Operations (Ops) and many other kinds of specialists in security, quality assurance, testing, etc. This set of practices is already quite extensive to be implemented by a lone warrior.

I don’t know why and how exactly the methodology name was forged into a job title, and I can only assume that multiple misconceptions with the term ‘DevOps’ might have happened due to the lack of official definition for it and a mature organization that would structure and organize DevOps practices for consistency. Maybe, in the future, IT Revolution might become the same for DevOps as AXELOS for ITIL and introduce some standardization into that area. However, currently, the reign of ‘DevOps Engineer’ positions continues, and, from my experience, such simplification leads to the distortions of core DevOps values and to misunderstanding of what problems DevOps is intended to solve.

Jack of all trades

As I've already mentioned, the DevOps methodology addresses many problems in different technical and organizational knowledge domains. The sad tendency to simplify the adoption of DevOps to “Hey, let’s hire a DevOps engineer so we can also call ourselves a DevOps organization…” created job descriptions with such exaggerated lists of requirements I hardly believe they can be fulfilled to the full extent. According to some such descriptions, a candidate should know so many things that, if you translate them in common language, he or she must know accounting, genetics, how to operate a crane tower, pilot an air balloon, be able to build a space ship from scratch and bake cakes. Sounds weird, don’t you think?

Another caveat is that an average person simply cannot be a real expert in so many different areas. Sure, there are generalists skilled in many technologies and tools, but their knowledge is usually shallow and covers only basics. Unfortunately for them, DevOps is about solving quite complex cross-technology problems, which often require a high level of expertise and considerable experience.

Of course, few pros on Earth are strong experts in tens areas, but the majority of developers, system administrators and other professionals tend to be experts only in one or few fields with basic knowledge of relative ones – to have a so-called T-shaped professional profile. The reason for that is simple: the speed of technology development is so fast that it requires a lot of time and effort to keep up with the recent changes.

Another huge misunderstanding of the ideas of DevOps, which really blows my mind, is when I hear that an organization created or wants you to create a DevOps department.

The origin of DevOps is the problem with communication between Developers and IT Operations, who work in different organizational units. So, let’s create a third team that will solve the issue with the first two. A wise strategy! Are you serious?! This is one of the worst possible decisions you can make.

Until there is a single team, there always will be “us and them(outsiders)” and not “we.” If you are not familiar with organizational theory and don’t understand how people communicate, at least go and study Conway’s law.

CI/CD, containers and other stuff

I also meet a lot of people who honestly believe that DevOps is about configuring pipelines in Jenkins and have all application components run on containers in Kubernetes or knowing how to administer Linux servers and run microservices in AWS, or, holy grail, automate everything with scripting to “…rule them all.” Yes, technical practices of DevOps are essential, but without a clear understanding of the underlying ideas, they could bring more harm than value.

Let me repeat once more: DevOps is not about tools. Forget about them. DevOps is about three core principles:

Yes, it sounds somewhat simplified, but this is the backbone of DevOps. The tools might change, the technologies might evolve, but they are only the helpers in implementing the mentioned ideas. Continuing the analogy with human biology, putting the tools first is like trying to create a body from organs and tissues without a firm skeleton.

I’m deeply convinced that DevOps, as a methodology, is more intended to solve organizational issues rather than technical ones. Such issues just cannot be solved by injecting DevOps engineers in your existing organizational structure and thinking: “That’s it. Done. We now have DevOps.” This mindset reminds me of the joke about lipstick and a pig. Just putting a ‘DevOps’ label on your organization or having job positions with ‘DevOps’ in their title doesn’t make your team working according to the DevOps principles.

Implementing DevOps in your organization requires equal involvement from the management as well as from the engineers: a willingness to change, to overcome obstacles, and understanding the benefits each party will have from this transformation. In my opinion, the hardest part of this transformational process is exposing those benefits to each member of the team and translating them into the language they can understand with their current level of expertise, so they become the ones who will start implementing the changes.

Also, from my experience, if you, as an in-house engineer or external consultant, just implement some technical aspects of DevOps such as CI/CD or deployment automation on your own, it won’t make any significant difference for the organization’s performance as a whole. These changes likely won’t last long and will be abandoned as soon as you leave in the pursuit of new endeavors.

If you are interested in a better understanding of what DevOps is and what it is not, I strongly encourage you to study the origins of this methodology and to read the classics such as “The DevOps Handbook,” which I reviewed in one of my blog posts. If you would like to have more proof and supporting data, you might consider studying the analysis of DevOps' impact on organizations performed by Nicole Forsgren Ph.D. in her book “Accelerate: Building and Scaling High Performing Technology Organizations.” 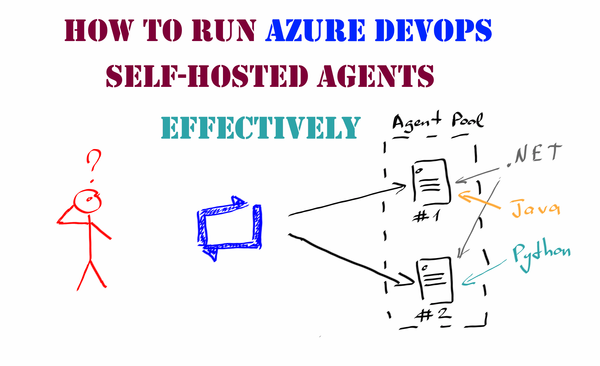 The installation of tools and libraries on build servers is generally performed by developers manually and only during the initial server setup. Some time later, you can find yourself with a bunch of build servers that have different versions of software installed on them. 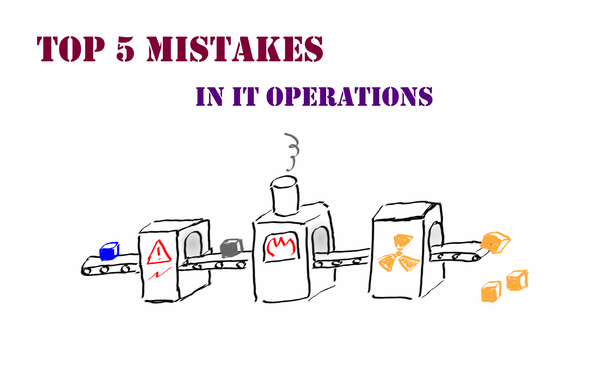 In this post, I would like to share my observations of the most common mistakes teams and organizations make in their day-to-day work with IT systems.