Many organizations prefer to use self-hosted Azure Pipelines agents exclusively instead of Microsoft-hosted ones or use both types of agents in combination. Typical reasons for such a situation are that with the self-hosted agents you can:

However, using the self-hosted agent also has some drawbacks:

If keeping on-premise build servers alive is usually a responsibility of the IT Operations team, then the configuring of tools, libraries and additional software on them is generally done by developers themselves.

In most cases, such configuration is performed manually and only during the initial server setup. Some time later, you can find yourself with a bunch of build servers that have different tools and different versions of software installed on them. Developers start requesting for installing new tools on the servers or demand that they have the most up-to-date version of software installed, e.g., the latest .NET Framework of Java Development Kit update.

These requests usually go to a person responsible for the Azure DevOps infrastructure, and if you are that kind of person it is the right time to ask yourself a question: How can I optimize the maintenance of self-hosted build agents so not to bother yourself each time a new version of software is released?

The concept of having your infrastructure configuration defined with code (IaC) is not new, but the adoption of this concept by organizations is relatively slow comparing, for example, to the adoption of continuous integration.

In this case, for example, I decided to use PowerShell Desired State Configuration (DSC) as it is a management platform based on PowerShell, which is widely used to manage Microsoft infrastructure, and it allows me to use my existing PowerShell skills.

First, you import DSC resources you are going to use in your configuration, then you can specify some variables, for example, a default download location, and the configuration for your servers – nodes in DSC terminology. I’m not going to explain here how PowerShell DSC works in detail – there are plenty of resources and the official documentation on that. However, the important point is that this configuration is declarative: you specify what you want to be present and not how it should be done – the underlying mechanics of DSC resources will take care of that.

Of course, PowerShell DSC doesn’t forbid you to define your configuration imperatively, for example with Script resource, and just do some familiar PowerShell scripting, but I would recommend against this approach because, usually, it requires more complex logic which additional error handling, testing and maintenance to achieve the same result as with the declarative specification.

In my sample configuration, I use xRemoteFile and xPackage DSC resources from xPSDesiredStateConfiguration PowerShell module to ensure that a file from a remote location is present on a server and the software that depends on this file stored locally is installed on it. As you might notice, I haven’t programmed any installation or verification logic that the software was installed successfully. I just declared what I want. However, when you need to install dozens of build tools and libraries on a server, it might become tedious to encode the “downloads” of individual files and “installations” of software from them. So, what to do with that?

Second: Use a package manager

A package manager is a software tool that can help to install, upgrade, configure, and remove programs in a consistent manner. Package managers are more widely spread on Unix-like operational systems, but there are also a few good options for Windows. One of them is Chocolatey.

What makes Chocolatey an essential component in our case is that it has a DSC resource module which can bring all the power of package management in your configuration. Instead of playing with downloads and installations you can do the following:

When you have lots of packages to install, you can utilize even a more elegant approach – use loops and put the list of packages into an external parameter file:

You also might notice that, in the configuration data, I don’t have a Visual Studio package itself on the list. In most cases, you don’t need an IDE on a build server. Installing only Visual Studio Build Tools is enough to satisfy building capabilities for Azure DevOps agent and doesn’t require you to have a license for them.

When you have your configuration tested and ready, it is the time to apply it to the build servers.

Of course, you can use ‘Start-DscConfiguration’ cmdlet and apply your configuration to nodes, but then it is up to you to periodically verify the actual configuration on the nodes, gather this information from them and process non-compliant servers. Sounds not cool, right?

Now you can always visually verify the actual configuration state of your nodes on the portal or configure the alert to trigger if a non-compliant node is detected:

If you upload an updated version of your configuration, e.g., add a new version of .NET Framework, and compile it, it will be automatically applied to the respective nodes.

There is also a DSC resource for managing both Visual Studio Team Services and Azure DevOps agents. Unfortunately, I had to exclude the deployment of the agent from my DSC configuration as Azure DevOps supports authentication only via PAT, which is not a feasible option for permanent automation solution as the tokens have an expiration time.

The good part is that you don’t need to worry too much about the maintenance of Azure DevOps agents because once installed, they automatically update themselves when they run a task that requires a newer version of the agent.

That’s all for today.

And how do you manage your on-premise build servers? Share your experience and thought on this matter in the comments! 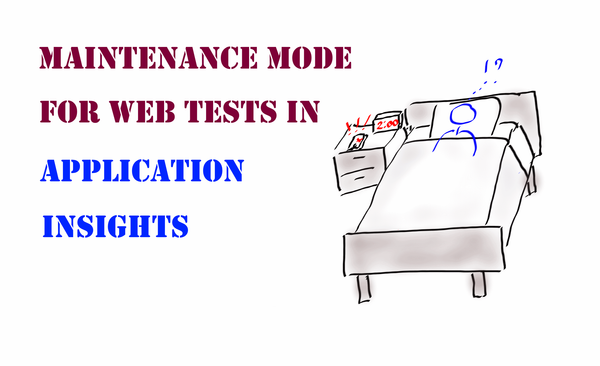 Many teams that host applications in Azure App Service setup the availability monitoring for their apps using Application Insights web tests. Also, it is a common practice to put an application into the maintenance mode before applying any changes, so as not to be wakened up at 2 am in the morning. 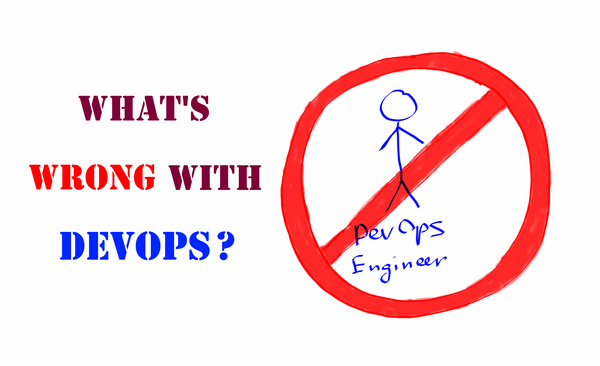 I receive a lot of requests from companies and individuals for DevOps job openings, and what I usually see in the job descriptions sometimes really upset me. It seems that many people just don’t get what DevOps is, and use this term as a buzz word to attract attention or to look cool.